2021, the year of Israeli apartheid, by Ahmed Abbes and Jonathan Rosenhead 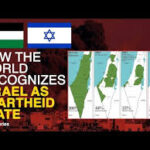 More than 1000 academics, artists and intellectuals have signed a “Declaration on the Suppression and Punishment of the Crime of Apartheid in Historic Palestine,” in a sign of the growing acceptance of the term in the west.

When in a few years historians look at the year 2021 in Israel, it’s a safe bet that the salient theme will not be COVID-19 or the exit of Netanyahu but apartheid. The year began on January 12 with the publication of B’Tselem’s report A regime of Jewish supremacy from the Jordan River to the Mediterranean Sea: This is apartheid. Three months later, on April 27, Human Rights Watch drove the point home by publishing its report A Threshold Crossed: Israeli Authorities and the Crimes of Apartheid and Persecution. Just two months later, on July 6, more than 600 academics, artists and intellectuals from more than 45 countries issued a Declaration calling for the dismantling of the apartheid regime in historic Palestine. Since then, the number of signatories has grown steadily and has now reached 1,000, including Nobel Prize winners, prominent academics and artists.

Apartheid is a crime. It has been internationally recognised as such since November 30, 1973, when the UN General Assembly adopted the “International Convention on the Suppression and Punishment of the Crime of Apartheid“.  In the Rome Statute of 2002 which established the international criminal court, apartheid is specified as a crime against humanity “committed in the context of an institutionalized regime of systematic oppression and domination by one racial group over other racial group or groups and committed with the intension of maintaining that regime.”

The fit with Israel’s discriminatory laws and policies against Palestinians is manifest, and yet remained for decades virtually impossible to acknowledge publicly. When President Jimmy Carter in 2006 dared to publish a book about Israel with ‘apartheid’ in its title there was uproar. When more than a decade later a UN study came to the same conclusion (“Israeli Practices towards the Palestinian People and the Question of Apartheid“, United Nations Economic and Social Commission for Western Asia (ESCWA), 2017) the reaction was convulsive. Outrage by Israel-supporting bodies and countries at the use of the ‘A’ word led to a directive from the UN Secretary General that the report be withdrawn; and ESCWA Executive Director Rima Khalaf resigned rather than implement this instruction.

In 2021, the year of Israeli apartheid, that log jam has broken. This year, the world’s civil societies have had enough. Across countries and continents, across age groups and ethnicities, the marches, the manifestos, the opeds, the motions passed overwhelmingly have swelled into a torrent. And Israel’s practice of apartheid now adds to its violations of international law in the compelling pressure for international action.

The endorsers declare their categorical rejection of the apartheid regime set up on the territory of historic Palestine and imposed on the Palestinian people as a whole, including refugees and exiles wherever they might be in the world.

They call for the immediate dismantling of this apartheid regime and the establishment of a democratic constitutional arrangement that gives all its inhabitants equal rights and duties, regardless of their racial, ethnic and religious identities, or gender preferences, and which respects and enforces international law and human conventions, and in particular gives priority to the long deferred right of return of Palestinian refugees expelled from their towns and villages during the creation of the State of Israel, and subsequently.

They urge their governments

A French version of this op-ed appeared in Libération on July 27, 2021 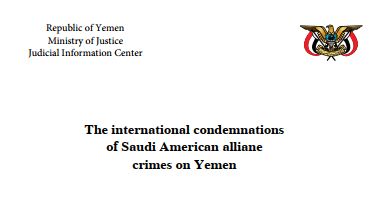 International condemnations of the Saudi American alliance crimes against Yemen 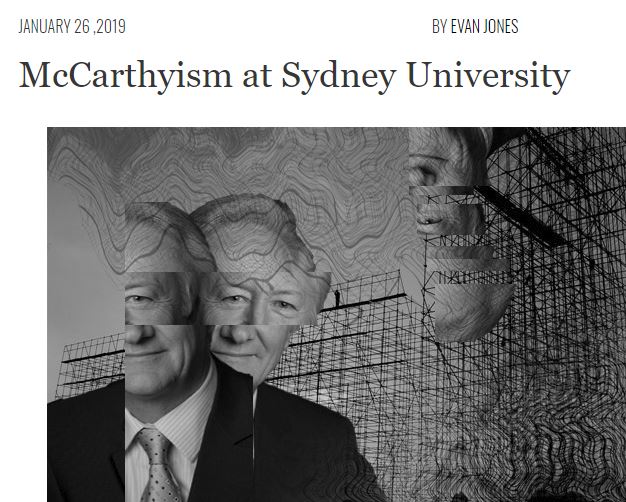 McCarthyism at the University of Sydney, by Evan Jones 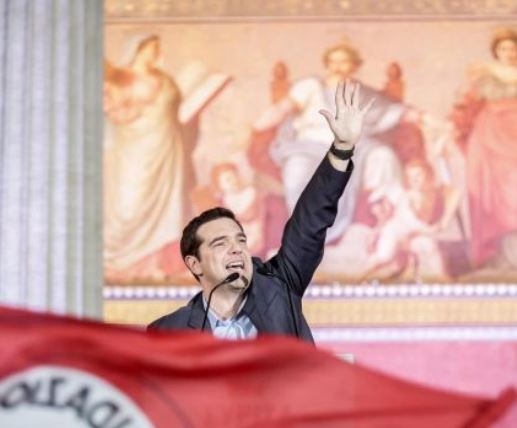