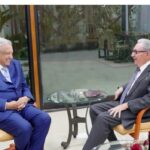 Mexican President López Obrador took a historic trip to Cuba, where he called for an end to the US blockade and criticized right-wing “coup-plotters.” He said Latin America should form a union, amid “the economic decline of the United States.”

Mexico’s progressive President Andrés Manuel López Obrador took a historic trip to Cuba, where he called for an end to US sanctions and urged Latin America to form an economic union.

López Obrador, who is commonly referred to by the acronym AMLO, also stated that “the economic decline of the United States,” and the corresponding rise of China, has created both challenges and opportunities for the region. He argued Latin America should unite to mutually develop, take advantage of its natural resources, and fight poverty, immigration, and violence.

Criticizing right-wing “coup-plotters” and Washington’s aggressive foreign policy, AMLO went so far as to announce that he will not attend the conference of North, Central, and South American countries meeting in California in June, the Summit of the Americas, if the US government refuses to invite Cuba, Venezuela, and Nicaragua.

In La Habana on May 8, López Obrador met with Cuban President Miguel Díaz-Canel. The Mexican leader thanked “the generous, supportive, and exemplar people of Cuba.”

Díaz-Canel presented AMLO the Order of José Martí, the highest award that the Cuban government gives to foreigners.

“I have never sought, do not seek, and will not seek the failure of the Cuban Revolution, of its idea of justice and its lessons of independence and dignity,” AMLO declared. “I will never join with the coup-plotters who conspire against those ideals.”

López Obrador criticized the suffocating US sanctions that have been imposed on Cuba since immediately after the triumph of its socialist revolution in 1959.

“I will keep trying to get the United States to lift the blockade,” the Mexican president said.

After the global Covid-19 pandemic broke out in 2020, Cuba provided Mexico with some of the vaccines it developed. In one of the new agreements, Cuba will send the Abdala vaccine, which is designed for children between ages 5 and 12.

AMLO used his trip to Cuba to call for the unity of Latin America.

“We should build something similar to the European Union, but based on our history, reality, and identities,” López Obrador said.

“In that spirit we should not rule out the elimination of the Organization of American States for a truly autonomous organization that is not a lackey of anyone,” he added, condemning the US-dominated OAS.

AMLO’s trip to Cuba was part of a tour of numerous countries in Latin America.

On May 7, López Obrador met with the prime minister of Belize, John Antonio Briceño. There, the Mexican leader reiterated his calls for Latin American unity.

“I maintain that it is necessary to move forward in an integration of all of America, in the construction of a model similar to that of the European Community, a model that preceded what is today the European Union,” AMLO said.

“Only in that way can we confront the turbulence of the global economy and the geopolitical danger that the economic decline of the United States represents for all of the world, as opposed to other regions, especially Asia, and in particular I am referring to the economic advance of China,” he explained.

“In addition to halting this course of undesirable events, the union of America would develop our natural resources, tourism, and our financial systems to provide well-being and justice for our populations, to jointly confront problems like poverty, immigration, insecurity,” López Obrador added.

AMLO then criticized the Summit of the Americas, which will be held by the US government and OAS in California from June 6 to 10.

The US State Department has refused to invite the socialist governments of Cuba, Venezuela, and Nicaragua to this meeting.

AMLO said he would pressure US President Joe Biden to not exclude anyone from the summit.

“I have insisted in the necessity that no government in the hemisphere and no country in America be excluded from the upcoming summit that will be taking place in Los Angeles, in the United States, that no one excludes anyone. It should be a meeting that allows us to resolve our disagreements without hegemonies or arrogance,” the Mexican leader said.

López Obrador took the extraordinary step of declaring that he will not attend the summit if Cuba, Venezuela, and Nicaragua are not invited.

López Obrador’s trips to Cuba and Belize were part of a larger tour of the region.

Socialists in Latin America did however criticize López Obrador for skipping Nicaragua on his trip to Central America.

Nicaragua has a leftist government, run by the democratically elected Sandinista Front and its revolutionary leader Daniel Ortega.

Socialists in the region have criticized Mexico’s Foreign Ministry for sometimes joining with the United States in voting against Nicaragua in the United Nations and OAS, although on occasions Mexico has abstained from these votes.

While AMLO did not travel to Nicaragua, he did meet with the corrupt right-wing president of Guatemala, Alejandro Giammattei, as well as the increasingly authoritarian neoliberal president of El Salvador, Nayib Bukele, who in April alone detained more than 20,000 people, in what he claimed was a crackdown on gangs but also included brutal suppression of his political opponents.

AMLO skipping over Nicaragua on his trip was rather ironic given his calls for unifying the region and his opposition to the US refusal to invite its leftist Sandinista government to the Summit of the Americas.

But López Obrador has still at times maintained an independent foreign policy.

The Mexican leader refused to impose sanctions on Russia over its war in Ukraine, for instance. And he criticized the US government for claiming his country is hosting more Russian spies than any other.

AMLO is Mexico’s first left-wing president in decades. He was elected in 2018 on a promise to end the neoliberal economic policies of the administrations that had governed since the 1980s.

Although it was only founded a decade ago, AMLO’s progressive Morena party quickly broke the two-party dictatorship that had controlled Mexican politics for decades.

The two establishment parties, the neoliberal PRI and right-wing PAN, have been thoroughly discredited among the Mexican population.

A poll this May found that 64% of Mexicans said Morena manages social programs better, and 59% said the party is more concerned for the people.

On the other hand, 58% of Mexicans said the PRI has done damage to their country, and 52% said it robbed the people when it governed.

López Obrador consistently has an approval rating of between 60 and 70%, making him one of the most popular leaders of large countries on Earth. 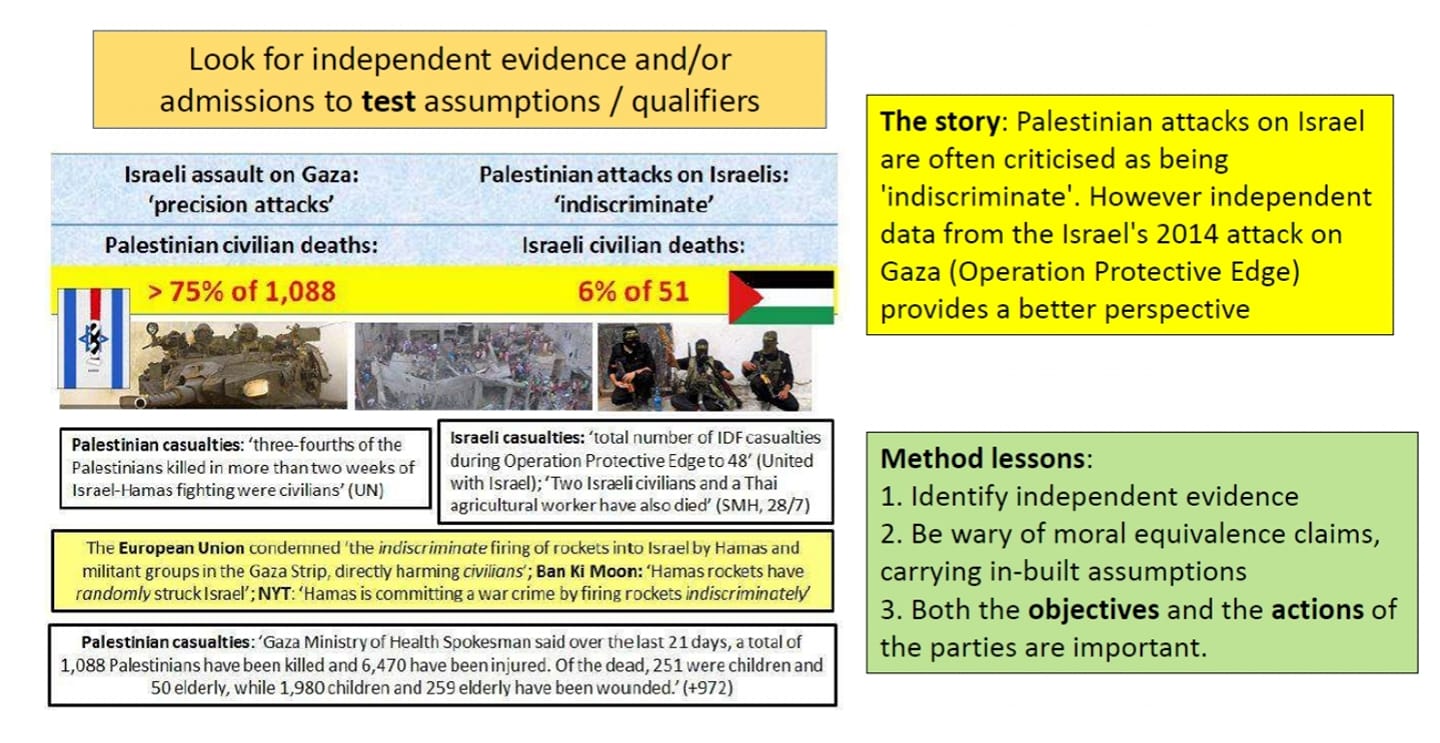 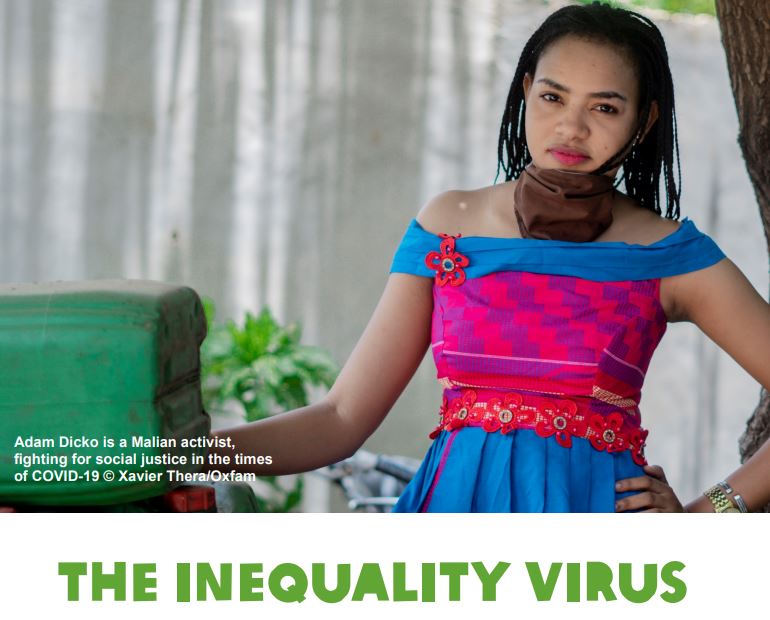 Oxfam: Mega-rich recoup COVID-losses .. yet billions will live in poverty 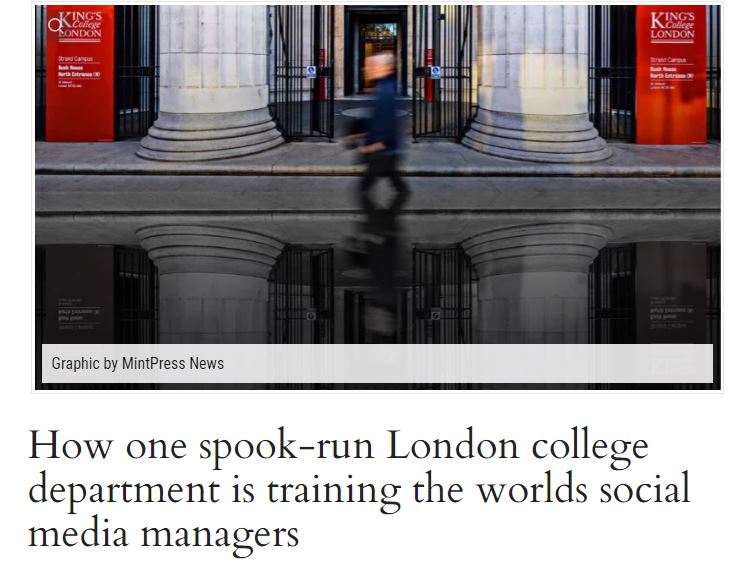