Another Amnesty fake, over Iran 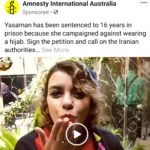 Amnesty International has faked yet another human rights story, in support of the parallel US state department campaign against Iran.

The group claims 24 year old Yasaman Aryani has been jailed for 16 years for ‘campaigning against wearing a hijab’. But both the charges and the penalty are significantly mis-stated. In fact, Yasaman is not in prison at all.

In fact, the rules for a head covering in Iran (in Iranian cities most women wear a scarf, not a hijab) were relaxed two years ago.

Nevertheless, informal social pressures keep 98% of women wearing some sort of scarf, albeit with most showing some of their hair. This, and the role of women in Iran generally, is very different to that of the burkha wearing women in US ally and key sponsor of terrorism, Saudi Arabia.

Until fairly recently, in the Iranian system, there were warnings and then fines for not wearing some sort of head covering. But this recent ‘hijab’ campaign directed at Iran is part of the new US wave of aggression.

Washington’s anti-Iran drive has made matters worse for people such as Yasaman.

According to Iranian reports, Yasaman was not simply charged with campaigning against ‘hijabs’. She was sentenced for “advocacy for un-islamic conduct”, collaboration with the Western agents to promote corruption (over the videos she sent to Masih Alinejad), for “protest and collaboration in threatening the national security” and for “advertisement against the state”. Sedition charges.

In other words, her offences were regarded as serious precisely because she was linked to the US economic, ideological and proxy terrorist war against the Iranian state.

Her penalty was not ’16 years in prison’. It seems she is not even in a ‘prison’. The Persian reports indicate 10 years “ta’ziri prisonment”, which is similar to probation or house arrest.

‘Taziri prisonment’ is very different to the conditions experienced by the more than two million prisoners in the world’s number one prison state, the USA.

Nowhere in the US state department or Amnesty reports can we see the UNDP (2018) reported fact, that the average years of schooling for both girls and boys in Iran has risen to 10 years, from a little more than 2 years in 1979. Education is well recognised as the principal means of women’s empowerment.

Nor do Amnesty or Washington mention that it is precisely these more educated Iranian women who have (amongst other things) liberalised dress codes in Iran, up to and including the suspension of head cover policing in 2017.

We can tell that Amnesty and Washington are not serious about this campaign, and that it is yet another pretext for aggression, from their omission of Saudi Arabia, where a full face covering Burkha is the norm. 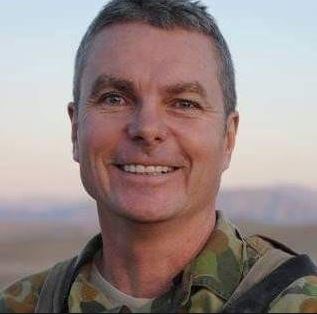 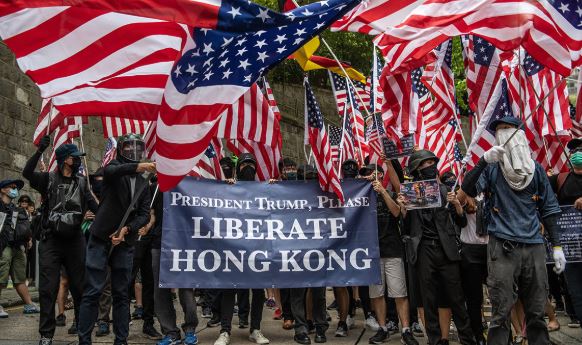 The Hong Kong protests and imperialism: what the corporate media isn’t saying, by Sheila Xiao 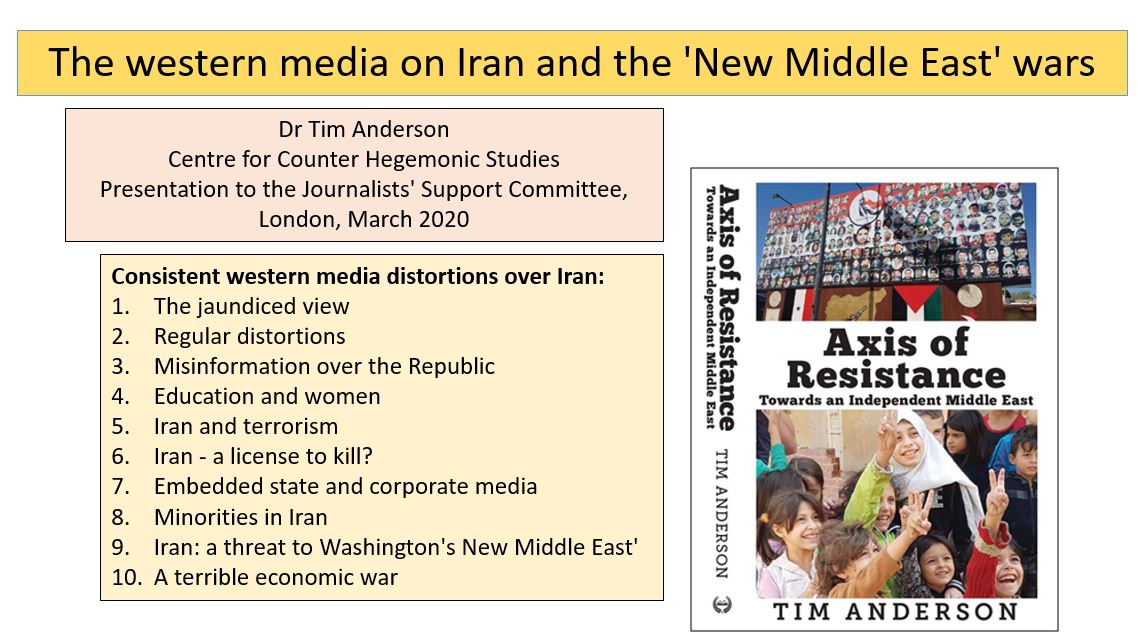 2 thoughts on “Another Amnesty fake, over Iran”