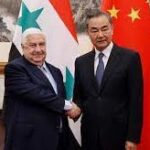 Ever since Russia and China began challenging the Anglo-American scorched Earth doctrine in 2011 with their first vetoes against US intervention into Syria, the Gordian knots that have tied up the Arab world in chaos, division and ignorance for decades have finally begun to unravel.

Where just one decade ago the unipolar vision of the ‘new American century’ reigned unchallenged, by 2013 the Belt and Road Initiative (BRI) had sprung into life, and the largest purges of China’s deep state on record were launched under Xi Jinping’s watch. This latter crackdown even earned the ire of the American intelligence community, with war hawk John Bolton complaining that Xi’s authoritarianism has made the CIA job of maintaining its spies inside China nearly impossible.

This new operating system, tied closely to Russia’s Eurasian Economic Union, has grown in leaps and bounds. Today, a new multipolar future has emerged; one which plans to actually deliver long-term development for all those who choose to play by its rules.

One of these adherents will be Syria, which is re-emerging onto the world’s stage after having miraculously defended itself from a ten-year military onslaught launched by the old unipolar players.

Of course, the pain and destruction of the war is still deeply felt; illegal US sanctions continue to plague the hungry masses, prevent the reconstruction of basic infrastructure and access to potable water, and cripple schools, hospitals, businesses, and livelihoods.

The BRI and Syria’s new future

On 5 November, China’s President Xi Jinping spoke with Syrian President Bashar Al-Assad, saying “we welcome the Syrian side’s participation in the Belt and Road Initiative and Global Development Initiative” and calling for reconstruction, development, and the defense of Syria’s sovereignty and territorial integrity.

The discussion came in the wake of Chinese Foreign Minister Wang Yi’s whirlwind tour across West Asia and North Africa in July 2021, during which he met the Arab League’s chief to discuss Syria return to the fold.

By the end of this tour – which coincided with Assad’s re-election – China had signed a four-point proposal for solving Syria’s multifaceted crisis with a focus on large scale reconstruction, ending illegal sanctions and respecting Syria’s sovereignty.

Syria, in turn, re-affirmed its support for China’s territorial integrity in the face of western-sponsored separatist movements in Xinjiang, Tibet, Taiwan, and Hong Kong.

“Too many people in the Middle East are suffering at the brutal hands of terrorists. We support regional countries in forming synergy, consolidating the momentum of anti-terrorism and striving to restore regional stability and order. We support countries in the region in exploring a development path suited to their national conditions and are ready to share governance experience and jointly build the Belt and Road and promote peace and stability through common development.”

In 2018, China offered $28 billion in development aid to Syria while simultaneously coordinating the integration of Iraq into the BRI, made official in September 2019 when then-Prime Minister Adil Abdul Mahdi unveiled the China-Iraq oil-for-reconstruction program and Iraq’s broader integration into the BRI framework.

Events coordinated by foreign interests did not permit this momentum for long. Mass protests soon toppled Abdul Mahdi’s government and, with it, the oil-for-reconstruction initiative. While recent months have seen a revival of this initiative from Iraq in piecemeal form, progress has been slow.

Instead, the 25 year Comprehensive Strategic Partnership agreement struck between China and Iran in March 2021 has become the main gateway for extending Beijing’s infrastructure and connectivity projects into West Asia.

The construction of the Iran–Iraq Shalamcheh-Basra rail line is now underway, bringing the two neighboring states into an equal cooperative footing and opening prospects for greater rail and energy corridors extending from Iran through Iraq and into Syria, as a southern branch of the BRI.

In April 2019, Syria was invited to attend the first official BRI summit in Beijing, where President Assad stated:

“We have proposed around six projects to the Chinese government in line with the Belt and Road methodology and we are waiting to hear which project, or projects, will be in line with their thinking … I think when this infrastructure is developed, with time, the Silk Road (Belt and Road Initiative) passing through Syria becomes a foregone conclusion, because it is not a road you only draw on a map.”

So what, specifically, are those projects?

China and Syria are keeping their cards close to their chest when it comes to details for the moment. But it is not impossible to make some educated guesses about Assad’s wish-list by revisiting his earlier strategic vision for Syria.

Specifically, that would be the Five Seas Strategy that Assad had championed from 2004 to 2011, which disappeared from view once Syria was targeted for destruction.

The Five Seas strategy, in brief

The Five Seas strategy involves the construction of rail, roads and energy grids connecting the water systems of the Mediterranean, Persian Gulf, Black Sea, Red Sea and Caspian Sea with Syria. The project serves as a logical node uniting the diverse nations of Mackinder’s world island behind a program of harmonization, integration and win-win industrial cooperation.

In a 2009 interview, President Assad described this project passionately:

“Once the economic space between Syria, Turkey, Iraq and Iran becomes integrated, we would link the Mediterranean, Caspian, Black Sea, and the [Persian] Gulf . . . we aren’t just important in the Middle East . . . Once we link these four seas, we become the unavoidable intersection of the whole world in investment, transport, and more.”

These weren’t empty words. By 2011, Assad had led delegations and signed agreements with Turkey, Romania, Ukraine, Azerbaijan, Iran, Iraq and Lebanon to begin the Five Seas projects. This was done at a time when Libya’s President Qaddafi was well underway in building the Great Man-Made River, the largest water project in history alongside a coalition of nations that included Sudan, Ethiopia and Egypt.

The true reasons for Qaddafi’s killing, the carving up of Sudan in 2009, and the current efforts at US-sponsored regime change in Ethiopia cannot be comprehended without an understanding of this potent, game-changing strategic paradigm that he and others were spearheading.

The need for secrecy

The secrecy of Chinese-West Asian diplomacy in the emerging post-regime-change world now emerging should therefore be understood as an obvious necessity.

For the past decade, every time a West Asian or African nation makes a public announcement of a BRI-compatible program, that same nation has been promptly dragged through different degrees of foreign sabotage. Neither Assad nor the Chinese have any intention to replay that trend at this pivotal moment.

Soon after the heads of Syrian and Turkish intelligence agencies met in Baghdad in early September, Assad reportedly told a Lebanese delegation that “many Arab and non-Arab states are communicating with us, but asking us to keep this a secret.”

The nature of this secret diplomacy soon became clear, when the Arab League made its 23 November announcement of Syria’s re-admission into the fold.

Former sworn enemies of Bashar Assad, such as the UAE and Saudi Arabia, have demonstrated their willingness to accept their humiliation, recognize Assad’s legitimacy and adapt to the new powers China and Russia. Unlike decades of Anglo-American promises which treat Arab participants like disposable temporary interests, the China-Russia alliance contains tangible, measurable benefits, like security and development for all participants.

Multipolarity vs the ‘rules-based international order’

While the US wasted the past decade imposing sanctions and punishments on nations, institutions and individuals unaccepting of its global hegemony, China was patiently recruiting West Asian and African states to the BRI: a whopping 17 Arab nations and 46 African nations are taking part today.

NATO-member Turkey has also been on the receiving end of Washington’s punishments, and has begun to view China as a potential means to a more independent future – one that comes with the financial resources to mitigate the country’s current economic woes and currency fluctuations.

Turkey, Qatar and Saudi Arabia had once provided vast support for ISIS and Al Qaeda operations across Iraq, Syria and Afghanistan, primarily through the purchase of ISIS-controlled oil and the supply of extremist fighters, clandestine funding and arms transfers. Such support has increasingly dried up, leaving ISIS with very little to work outside of what the CIA provides.

Despite US President Joe Biden re-affirming military support in October for the Kurdish-led Syrian Defense Forces (SDF) occupying north-east Syria, the Kurdish hand has also been overplayed. Many are finally recognizing that the Kurds have been duped into serving as a counter-gang to ISIS, and that promises for a Kurdish state have proved to be as illusory as the dream of Assad’s overthrow.

Erdogan may have tried to walk both worlds for some time, but it has increasingly become clear that Turkey’s only chance for survival rests with Russian military cooperation and China’s BRI (which crosses Turkey in the form of the Middle Corridor), both which demand a defense of Syria’s sovereignty.

As this new reality dawns on West Asia, and as the old unipolar order continues to veer towards a systemic collapse of historic proportions, there is good reason to believe that the region, or an important chunk of it, is already locked in and counting on the development and connectivity boom coming its way.

Matthew Ehret is the Editor-in-Chief of the Canadian Patriot Review , and Senior Fellow at the American University in Moscow. He is author of the ‘Untold History of Canada’ book series and Clash of the Two Americas. In 2019 he co-founded the Montreal-based Rising Tide Foundation . He is a regular contributor for the Cradle where this article was first published. 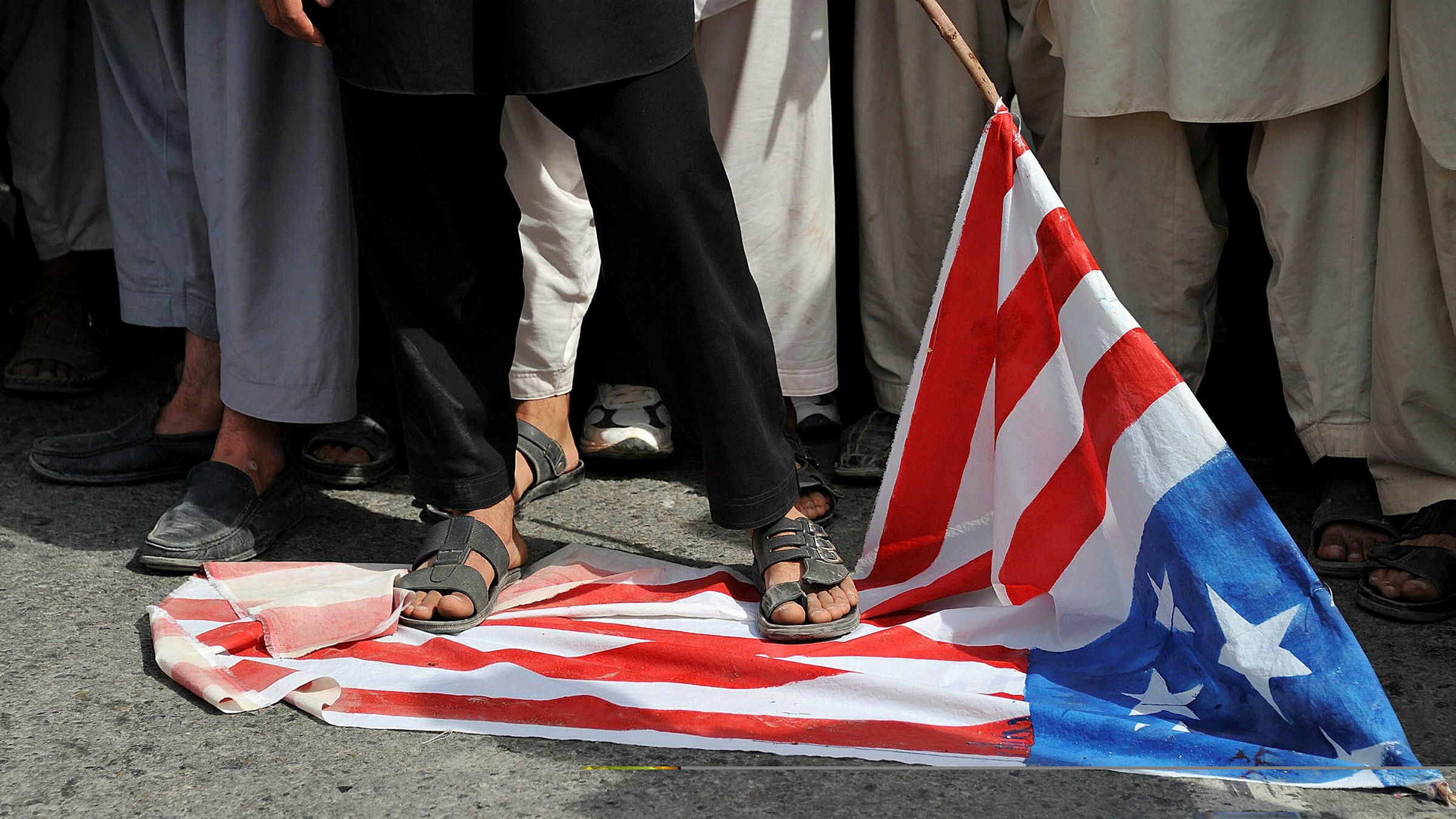 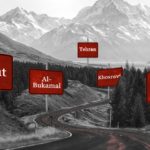 The Axis of Resistance road from Tehran to Beirut