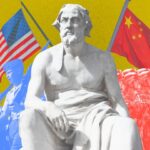 The rise of China has prompted many US geostrategic thinkers over the past decade to talk about the degree to which another ‘world war’ is inevitable, including most recently Henry Kissinger, who warned that if the leaders of the US and China did not discuss the limits of their confrontation then world war would ensue.

According to the Kissinger, “our leaders and their leaders have to discuss the limits beyond which they will not push threats, and how to define that …you can say this is totally impossible, but if it is, we will slide into a situation similar to World War I”. Ironically, as advisor to US President Nixon, Kissinger advocated rapprochement with China in 1972, which contributed to a long mutually beneficial peace between the two countries.

The deal was that China would produce in exchange for US dollars thereby industrialising in the process while supporting US currency hegemony, but ever since the “global” financial crisis in 2007-08 (more like ‘North Atlantic’ financial crisis), the US has turned increasingly hostile towards China.

China downplays any discussion about war, according to Chinese President Xi Jinping: “We must all strive to avoid falling into the Thucydides Trap; the notion that a great power is bound to seek hegemony doesn’t apply to China, which lacks the gene that spawns such behaviour”. Indeed, China’s long-term strategy for dealing with the US has abided by the maxim, “hide your strength, bide your time”, which was originally coined in 1989 by the Chinese Communist Party leadership under Deng Xiaoping. Instead, China emphasises mutually beneficial trade relations with the rest of the world.

In August 2019, US geostrategist and ‘realist’ theorist John Mearsheimer visited Australia to deliver talks addressing the following question: “can China rise peacefully?” Regarding the US-Australia-China triangle, summarising Mearsheimer, the US wants to maintain the status quo by suppressing China, which is for reasons entirely consistent with the entire US ‘realist’ geostrategic tradition.

During the Q&A session, Mearsheimer was asked the following question by journalist Peter Hartcher: “120 countries in the world count China as their main trading partner, 68 so far have signed up to the Belt and Road Initiative, how many countries are forcefully resisting Chinese expansionism?” The response was revealing, Mearsheimer acknowledged that, “not many countries are pushing back at this point because its early in the game”.

He acknowledges that although there are many East Asian countries wary of growing Chinese power (i.e. Japan, Taiwan, Vietnam, India etc.), most countries in the world consider their relationship with China to be quid pro quo. Therefore, in the absence of war, the status quo favours China, suggesting therefore that its the US that ‘needs’ war, not China.

“Now the question is, what does this all mean for Australia?” asks Mearsheimer. He advises Australia, “security-wise you really want to go with us”, that is, with the US, before informing us that, “security is more important than prosperity …because if you don’t survive, you’re not going to prosper”.

“So you’ll sacrifice prosperity for security right” says Mearsheimer about Australia, “that’s what will happen”, and he’s right. Two days ago the South China Morning Post reported that “China has reportedly banned imports of Australian thermal and coking coal, leaving some Australian vessels stuck at Chinese ports”. Mearsheimer accepts that joining the US containment of China will only hurt Australia’s “prosperity”, but in exchange for “security” from who? Mearsheimer then says: “Now some people say there’s an alternative. You can go with China. You have a choice here. You can go with China rather than the United States”.

According to former Australian PM Malcolm Fraser (1975-83) in his book Dangerous Allies, “we need America for defence from an attacker who is likely to attack us because we use America for defence”, implying therefore that Australia belongs to an aggressive “balancing coalition” to borrow from Mearsheimer.

In this geopolitical context, references have also been made to the Athenian general Thucydides, who summarised the ultimate cause of the Peloponnesian war that, “it was the rise of Athens and the fear that this instilled in Sparta [the pre-eminent hegemon] that made war inevitable”. According to ‘cold warrior’ and former advisor to US President Reagan, Graham Allison, who contributed greatly to the ‘Thucydides trap’ as a geopolitical concept within the ‘realist’ discipline, “war between the US and China in the decades ahead is not just possible, but much more likely than currently recognized”[1].

Mearsheimer also argues that Australia should fear China because of how the United States treats Latin America, pointing out that: “We have a rich history of doing horrible things in South and Central America. I’m glad from an American perspective we’re a hegemon, but I’ll tell you, from the perspective of our neighbours, it doesn’t look like a happy story.”

When Rudd tried to ‘shake down’ the majority US owned mining industry for funds so Australia could build the infrastructure necessary for future growth (i.e. fast internet), Australia was conveniently ‘regime changed’, which killed Rudd’s reforms. Wikileaks later published US diplomatic cables in 2012, the contents of which strongly suggest that the US was ‘predicting’ Gillard becoming PM in June 2009, a year before she won the leadership spill against Rudd, who at the time had an approval rating of 74%, second only to Bob Hawke (75% in 1984).

Similarly, the dismissal of PM Gough Whitlam in 1975 ended a government committed to the nationalisation of Australian mining, which in 1972 was worth $5.7 trillion, which, when adjusted for inflation would be worth roughly $59.7 trillion dollars today (not yearly revenue). We’ve known since 1982 from former Pine Gap decoder Christopher Boyce that the CIA was involved in directing the political coup against Whitlam.

Today, around 83% of mining is foreign owned, the US is the largest foreign investor, and 84.8% of Australia’s exports are primary commodities (according to 2018 data). Despite resembling the export composition of ‘third world’ countries, because Australia has such a large per-capita natural resource endowment, our living standards thus far have been ‘first world’. Unsurprisingly therefore, Australians are pretty relaxed about getting ‘regime changed’ against their national interests (see more in my article in which I explore the history of foreign interference into Australian politics).

Mearsheimer’s characterisation of the US as “uncle sugar” is the most dishonest part of his geostrategic advocacy on behalf of the US, insofar as the US has no “sugar” left! In 1980, the United States represented 56% of global capital exports, now they swallow 54% of global capital imports, according to IMF data (see Figure 1).

The US is now forced to compete for capital with China, which can only worsen the US current account deficit by potentially raising the cost of borrowing. According to Parag Khanna, author of The Future is Asian, “instead of underwriting the US dollar, Asians are gaining confidence in investing in their own debt and capital markets” and argues that the countries holding US debt are the “driver of the US dollar’s stability and status as a global reserve currency”[2].

For example, Khanna notes that at present, foreigners own only around 2% of China’s external debt, however, the Chinese government plans to increase this to 15% by issuing “panda bonds” valued at “$3 trillion in liquidity by 2025”, that have even been purchased by Standard Chartered in Britain (an important ally of the US-led alliance), and similarly, in the private sector, China’s financial asset markets are expected to grow from $3 trillion today to $15 trillion by 2025.

The relative eagerness of the US for war is understandable given that the foundations of US hegemony rest on suppressing the development of the Tricontinent (i.e. Asia, Africa, and Latin America) for as long as possible.

In 1944, according to George Kennan, one of the six main architects of the US-led post-war order, and someone who helped shape the policy of ‘containment’ against the USSR: “We have about 50% of the world’s wealth, but only 6.3% of its population. In this situation, we cannot fail to be the object of envy and resentment. Our real task in the coming period is to devise a pattern of relationships which will permit us to maintain this position of disparity”[3].

Which country has done the most in undermining that disparity today? China, whereas the US has been running current account deficits since the mid 1970s, became a net-debtor in 1985, and is now rapidly losing its technological monopoly to the Chinese. By contrast, China runs current account surpluses, and is a net-creditor, especially to the US. Therefore, China is the new “uncle sugar” for most of the world, including the US, which is why the US is driven to aggressively “contain” China.

In this Thucydides trap situation, the real choice for Australia is to join, or not to join the aggressive designs of the declining pre-eminent hegemon against the rising power.

If we join the aggression, and China ultimately ‘wins’ by ejecting the US from the south pacific, then we are more likely to be treated as aggressors by the Chinese, but if we play no part in the aggression, or perhaps more importantly, leverage our multiculturalism to perform the role of an ‘honest broker’ between the US and China, then either way, Australia wins. 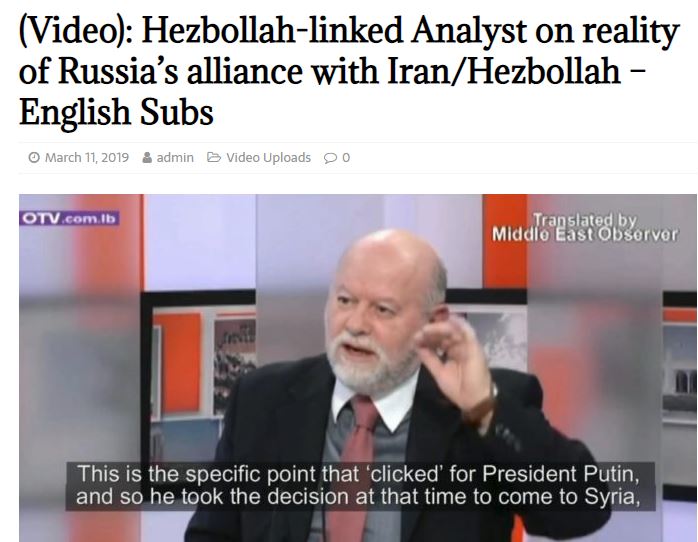 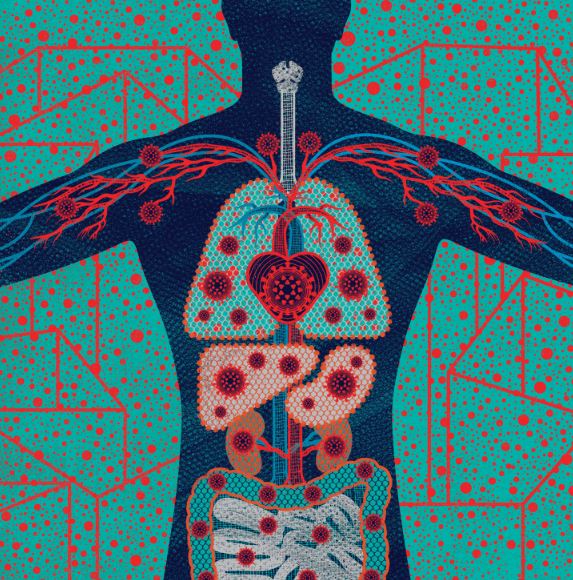 We Thought It Was Just a Respiratory Virus – we were wrong, by Ariel Bleicher and Katherine Conrad.

Why Our Economy May Be Headed for a Decade of Depression, Eric Levitz interview with Nouriel Roubini