Australia’s oldest university is engaged in a heated debate over a management proposal to strike a deal with the Ramsay Centre (a well-funded, conservative and Liberal Party aligned foundation) to create a university course on ‘western civilisation’. The latest debate took place at the University of Sydney’s Academic Board.

Leaders of the foundation have made it very clear that their idea is not just to support the study of ‘western civilisation’ but to promote that idea. That has opened questions of academic independence, ideological bias along with some basic pedagogical questions.

Staff and student organisations have strongly rejected the idea of taking money in exchange for delivering such a privately approved course. General criticisms have been that this would be a vehicle for promoting conservative, racist and xenophobic values.

At the 2 October Academic Board meeting Provost Stephen Garton and Vice Chancellor Michael Spence tried to sell the idea some basic ‘principles’ for a memorandum of understanding with Ramsay. These centred on the idea that the university would be “solely responsible” for development and delivery of the course, but that the Ramsay Centre (which would appoint the Academic Director of the program) would have the “right to review” the course and withdraw funding if it saw fit.

Photo: Provost Stephen Garton, in his presentation, optimistically suggested that a ‘western civilisation’ course, funded by the Ramsay Centre, could include the study of “post-colonialism, anti-imperialism and modern sexual identities.”

Most of the responses were critical, particularly those from students.

Dr Chris Hartley, senior lecturer in Religious Studies, asked “where are the non-western voices” in the ‘western civilisation’ proposal? In religious studies both internal and external perspectives and voices are considered.

Imogen Grant, President of the SRC, said the idea of specially sponsored areas of study would introduce a partisan type of curriculum, promoting certain ideas. It would mbe a ‘retrograde step’ which would likely lead to big academic disputes.

Abby, an international student, said she had expected studies at the University of Sydney to be “free from bias”. However now she was worried that a distorted form of colonial history would be taught, alienating to Asian students in particular. Students could be “brainwashed” by such courses; but she asserted that many would “never tolerate denials” of real history.

Lily Campbell, the SRC’s Education Officer, pointed out Ramsay’s strong Liberal Party links, and that Ramsay certainly sought to promote their brand of politics, including the racism of Australia’s ‘culture wars’. It was “outrageous” for the university to be forced down this path. Students would fight against Ramsay and its values

By contrast, Professor Annamarie Jagose, Dean of the Faculty of Arts and Social Sciences (FASS), welcomed the opportunity for extra arts funding. Referring to her own learning experiences (from Latin to Queer Studies) she curiously argued that course content did not determine educational outcomes. This was a large amount of money, she said, urging colleagues to “have faith in our policies and procedures”. In the longer run, she argued, the extra funds would contribute to opportunities in the arts. She received significant applause.

I then spoke, saying I opposed any deal with Ramsay and opposed debating a ‘conditional yes’ list of conditions for an MOU. We were not debating an actual MOU but some ideas managers would take to a discussion. Any actual MOU would be secret, as it was with the US Studies Centre. Two forces were at work, a conservative body which wanted to purchase credibility of legitimacy through our university, and managers whose key role was to raise funds. There would likely be a deal, and we would then be saddled with a ‘colonial values’ centre, which many of us would continue to oppose. This would degrade the independent values of the university. I said the university would have little credibility if managers could not say ‘no’ to the money. VC Michael Spence responded by claiming he had ‘often’ said ‘no’ to large sums of money.

Professor Alan Fekete argued that the Ramsay debate was a ‘cart before the horse’ discussion. There was no policy framework for either accepting funding or this type of curriculum development. That should come first. VC Spence responded that donors rarely operated that way.

Provost Stephen Garton’s response to this first lot of criticism was to say his colleagues should “have some faith in our [management] staff”. There was only a brief period where higher education was fully publicly funded. Decades ago philanthropy was half the university’s funds, and we were on a common path (like US and many European universities) to greater reliance on donors. He asserted that there were protocols for what we accept.

After a break one academic asked about accounting for any hidden costs in the proposal. Another said the university was threatened by ideology. A student asked how competition for resources would be managed; for example, would there be smaller tutorial numbers in the newly privileged courses? Another academic who already taught a course in areas identified by Ramsay, asked why was there a need for duplicate units of study? “Why won’t they just support us in what we do?”

Dr Barbara Mintzes, senior lecturer in Pharmacology, pointed out that this donor was different, by deciding a very specific area of study. This shifts the priorities of the institution. The single Ramsay board member will have an influence, by holding the purse strings. Research has shown that funders do have an influence on research.

A final contribution from another academic asked, what was the academic rationale for the new course? Normally there is an academic proposal, but this whole process “is being corrupted by finance”. VC Spence said he agreed, adding that the university would put forward a “100% bog standard course”. She followed up, “was there a demand or plan for a western civilisation course” before the Ramsay idea came along? The VC was unable to answer that one.

Update:
Since this Academic Board meeting, letters strongly critical of any deal with the Ramsay Centre have been sent by these Arts and Social Sciences Departments: (1) Sociology and Social Policy, (2) Anthropology and (3) Political Economy.

Ferguson (2005) The Case for Liberal Empire 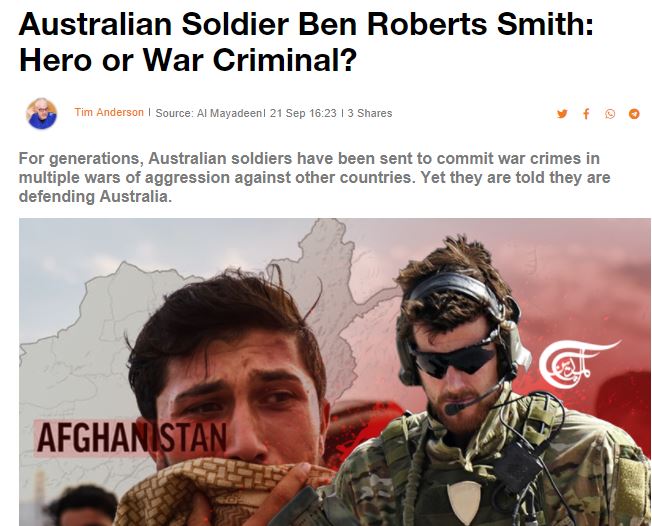 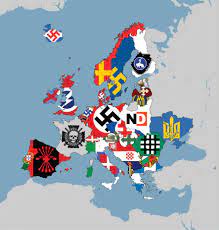 Documentary: A History of European Fascism