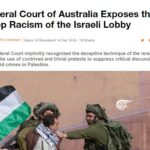 The Federal Court implicitly recognized the deceptive technique of the Israeli lobby: the use of contrived and trivial pretexts to suppress critical discussion of apartheid crimes in Palestine.

The FCA recognized that my Gaza graphic –almost universally called a ‘swastika graphic’ by university managers and the corporate media – was in fact about a racial massacre of more than a thousand Palestinians in Gaza, most of them civilians.

The Court said, beyond the altered Israeli flag, “everything else in the PowerPoint presentation involves the expression of a legitimate view, open to debate, about the relative morality of the actions of Israeli and Palestinian people” of a false “moral equivalence” in a “long history of colonial exploitation”. Ruling in principle they found that “it does not matter whether this comparison may be considered by some or many people to be offensive or insensitive or wrong,” as that cannot undermine the right to intellectual freedom, as protected by the industrial agreements at the University of Sydney (268).

None of this was acknowledged by former Provost Stephen Garton, who referred to a ‘Swastika image’ nine times in his 2020 affidavit to the Federal Court, or by the Sydney Morning Herald which ran four consecutive stories (2018-2021) referring to a Swastika on the Israeli flag, without showing the actual graphic or mentioning its principal subject matter: the massacre of Palestinians. In this way, all attention was paid to a fragment which may have insulted the Israeli killers.

Until the FCA decision, that was music to the ears of the Israeli lobby, which actively promotes the idea that Palestine does not exist. It suited them well for all attention to be paid to alleged ‘offense’ to the Israeli armed forces, by comparing them to the Nazis, while the slaughter of Palestinians was hidden.

However, the Federal Court punctured this deep racism, by acknowledging the subject matter of the graphic, some of its intellectual content, and the importance of intellectual freedom more generally.

It is hardly surprising that the Australian corporate media, wring about this ‘offensive’ graphic, recognized neither the Israeli slaughter of Palestinians nor the principle of intellectual freedom. After all, virtually all of them have backed the last half dozen wars in the Middle East, with the various false pretexts, while remaining either highly deferential or fully committed, to the Israeli regime.

The FCA full bench unanimously rejected the ruling by Judge Tom Thawley, which endorsed a management argument that academics had no real right to intellectual freedom (that was just an ‘aspiration’), that ‘misconduct’ was simply a matter for the satisfaction of the relevant university managers and that academics had to follow orders, even if that included secret gag orders.

The full bench stressed repeatedly that “the court must determine for itself” questions of possible misconduct, having regard to the intellectual freedom clause, which protects academics from discipline unless there is “harassment, vilification or intimidation”, none of which were alleged in my case (257)

The court also defended my re-post of the Gaza graphic, after Provost Garton had privately complained about it. When posting material with intellectual content “Dr. Anderson would be acting lawfully … and would be right to insist he had the right to [re-post it] ‘without censure’ … it was not necessary for Dr. Anderson to prove or explain what course he was teaching at the time”.

If the graphic was an expression of intellectual freedom, the court said, then even if the University considered the re-post as ‘provocative’, Dr. Anderson “would have been correct and entitled to make that point to the University” by reposting it (267).

While effectively defending the graphic, by explaining some of its intellectual content, the court also suggested an argument against my use of the swastika, saying “it may involve an assertion of the very kind of false moral equivalence (comparing “Israel” to Nazi Germany) against which Dr. Anderson is advocating in the PowerPoint presentation; again, however, the relevant issue cannot be the level of offense… or insensitivity” (269).

Had they read a little further, into my linked article ‘The Future of Palestine’, the court might have found that my analogy was specific rather than general, looking at parallels between Nazi and Zionist racial ideology and racial massacres.

On my rejection of the University’s demand that I remove a social media photo, because a Yemeni badge in Arabic appeared in the background, saying ‘Death to Israel’, the judges expressed a provisional view that the badge might be seen as ‘anti-Semitic’ but noted that I had neither worn the badge nor endorsed it (283-4).

Whatever one thinks of the emblem of Ansarallah, the ruling party in Yemen, it can be seen in photos of many large gatherings in Yemen. Further, far worse Israeli statements about Arabs (such as “kill them all”) are regularly seen online. Anyone studying the Middle East should get used to this reality.

The Federal Court implicitly recognized the deceptive technique of the Israeli lobby: the use of contrived and trivial pretexts to suppress critical discussion of apartheid crimes in Palestine. In summary, University of Sydney managers argued: ‘we will decide what is the appropriate public comment’; the Federal Court responded: ‘no, you must abide by agreed standards’.

The court directed that the matter be remitted “to the primary judge” to re-determine the appeal according to the law as they had clarified; and in particular to decide (1) whether University actions against me breached my right to intellectual freedom and (2) whether the termination of my employment was “in whole or in part based on any conduct which constituted the exercise of the right to intellectual freedom”, in accordance with the industrial agreements (291).

The full court ruling can be found here.

Foster (2002) The Rediscovery of Imperialism 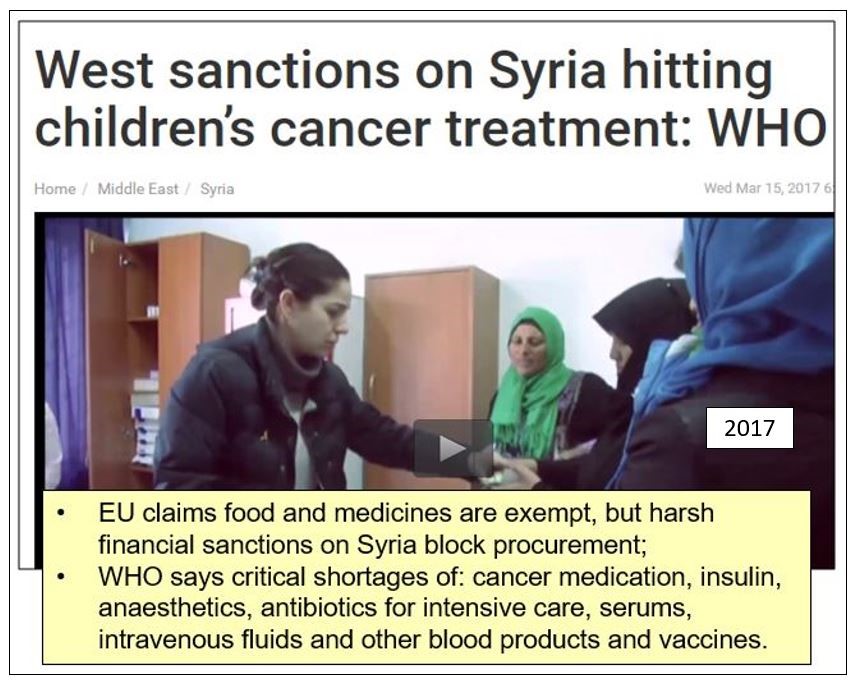 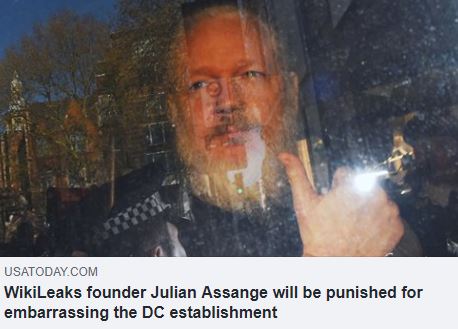 The Assault on Assange and Wikileaks