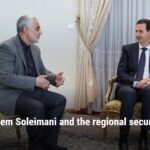 On April 16, 2019, the Supreme Leader of the Islamic Revolution said in reference to the path and philosophy of the illustrious Martyr Gen. Soleimani, “We should not look at Martyr Haj Qasem Soleimani as an individual. Rather, we should look at him as a school of thought, a path and a school to instruct us.” In the following Op-Ed, the author sheds light on this aspect of Gen. Soleimani’s personality.

The theory “regional security” is one of the most important viewpoints of Sardar Soleimani and the executive dimensions of that theory should be examined by Iranian and regional experts. After the disintegration of the Soviet Union, western countries, under the leadership of the US, placed the re-engineering of West Asia at the top of their agenda in order to ensure the safety of the Zionist regime. On the basis of that plot, regional countries should normally become unsafe, be undermined, and lose their unity. The existence of border disputes between regional countries, denominational rivalries between Shia and Sunni governments and nations, tribal prejudice such as that of Pan-Kurdism and Pan-Arabism, the existence of players such as regional reactionaries and the emergence of terrorism were some of the weak and vulnerable points that could help realize westerners’ goal of causing insecurity in the region.

In order to undermine security in West Asia, the multi-facet project to create terrorist and takfiri groups, such as Al-Qaida and DAESH, was carried out with the purpose of re-engineering the region and the project was pursued with the assistance of Saudi Arabia and the Zionist regime. One of the facets of this project was to reshape geographical borders by disintegrating Islamic countries. In order to do this, the national authority of nations needed to have been undermined and their territorial integrity should have been weakened. From the viewpoint of western theorists, the disintegration of Iraq and Syria and their division into smaller lands would have served the Israeli interests and therefore, they needed to adopt certain measures in this regard.

Being insightful, Sardar Soleimani developed the regional security theory due to his understanding about western politics and with the purpose of preventing their plot from being fulfilled. On the basis of this theory, the security of West Asian Islamic countries influences and is connected to one another. In other words, insecurity in Syria would undermine the Iraq’s security and insecurity in Iraq would jeopardize Iranian security.

In order to ensure West Asian security and counteract western plots, Sardar Soleimani developed the Resistance model and molded the fight against extremism and terrorism on the basis of developing the Resistance strategy. In fact, Hajj Qassem pre-empted the westerners’ plans: they were trying to create discord in the anti-Zionist camp, but Sardar Soleimani united those countries under the axis of Resistance. Hajj Qassem’s miracle was that he placed seven nationalities – the Syrians, the Lebanese, the Iranians, the Pakistanis, the Afghanis and the Iraqis – under the umbrella of Resistance.

He shaped the axis of Resistance by benefiting from the native identity and culture of every country, not by imposing the Iranian culture and version on them. Hezbollah with the Lebanese identity, Hashd al-Sha’bi with the Iraqi identity and the Zaynabiyun, Fatemiun and Haydariun forces with their own respective national and local identities were created and then, they achieved growth. For this reason, today, no element can eliminate these forces and their power of influence will increase on a daily basis.

With his regional security theory, Sardar Soleimani made every country sensitive about ensuring their own national security and that of their neighboring countries. The axis of Resistance foiled the western plot to change the regional geography and to ensure Israel’s security. As an outstanding figure of resistance and as a symbol of fighting against terrorism, he stayed by the side of Sunni Palestinians in the 51-day war and in the 33-day war, he defeated the Zionist regime alongside the Shia forces of Hezbollah. While Syria was in the depth of a crisis, he personally rushed to help Bashar Assad and while Baghdad was on the brink of downfall, he passed through the DAESH forces and arrived in Baghdad and led the anti-terrorist operation until he achieved the desired results.

With the help of altruistic and self-sacrificing forces of Resistance, Sardar Soleimani defended the national authority and territorial integrity of regional countries and rekindled hope in the hearts of regional nations by tightening his grip on the Zionist regime and its western and Arab supporters, thus being described as “The hero of the Islamic Ummah” by the Supreme Leader of the Islamic Revolution. Today too, the unity and solidarity of anti-Zionist countries in West Asia and the transition from the axis of Resistance to the allied forces of Resistance will help ensure security and increase the power of regional countries.

On the anniversary of the cowardly assassination of Sardar Soleimani and Abu Mahdi al-Muhandis and on the occasion of their martyrdom, everyone should think about the formation of a powerful regional alliance against the US and the Zionist regime and the establishment of collective security for West Asian countries. Sardar Soleimani’s ultimate goal was to expel American forces from the region and this goal will be realized sooner or later. “The hard retaliation”, as highlighted in Supreme Leader’s statements, means the withdrawal of American forces from the region and the liberation of Quds. This is not an unrealistic goal and by achieving it, the path to the creation of the new Islamic civilization will become smooth. 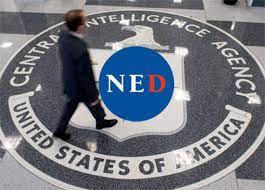 Washington deletes all details of US/NED funded bodies in Ukraine, but they are posted here 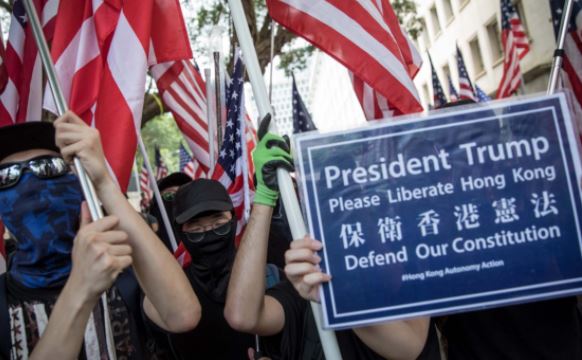 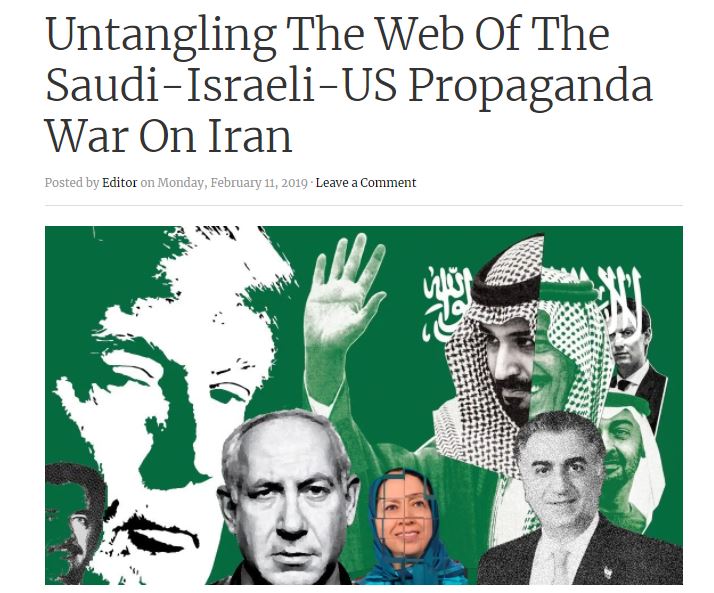