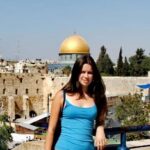 Extract from an article at AHT here: https://ahtribune.ca/world/asia-pacific/australia/4492-lying-for-israel.html

When news first emerged – a whole year after the event – that Kylie Moore-Gilbert had been detained in Iran, and was a dual UK-Australian citizen; without knowing anything further, this was a priori grounds for suspicion that she had visited Iran on her Australian passport to conceal the travel history that would be revealed by her British passport. Rumours that she had “an Israeli boyfriend” added weight to this suspicion, but there was little hint of the extent of the deception involved in Moore-Gilbert’s “little white lie”.

As I wrote following her release, there were already considerable grounds for believing the Iranian claims about her espionage credentials and possible activities, given her release was only secured in exchange for three Iranian prisoners in Thailand – notably prisoners held at Israel’s pleasure. While Moore-Gilbert denied any such activity, she did admit in her statement in Farsi from outside Evin prison that:

“Two years and three months ago I visited a few Arabian countries, and Iran and the Zionist Regime”

While this was evidently an obligatory statement admitting fault, and an unnatural way of referring to the “State of Israel” which Iran prefers to call “the Zionist Entity”, it was more than a little surprising to hear that KMG didn’t just have an Israeli husband but had recently visited Israel, and so obtained her visa to visit Iran on false premises by using her Australian passport.

This was however a mere side-note to what emerged a day later, when Moore-Gilbert was safely back in Melbourne – though in quarantine because of Coronavirus controls. The Murdoch-owned Daily Telegraph, a Sydney tabloid partner to the Australian, published a long and detailed account of Kylie Moore-Gilbert’s life history, authenticated with numerous photos and verifiable details of her travels through and involvement in the Middle East.

Entitled “Iran targets freed academic Kylie Moore-Gilbert in propaganda war”, the report by Stephen Drill – behind a paywall – draws information and photos from this supposed propaganda, which was contained in three videos posted on twitter by a group called the Iranian-American Trial Lawyers Association. The information in them however is not just highly credible, but it is clear from other commentary that many people in the local Jewish community were well aware of her close links with Israel.

Referring to claims made in the videos, which include a passport page photo of her Russian-born husband Ruslan Hodorov, who reportedly moved to Israel as a refugee in the ‘90s, Drill reports:

“He was also an officer in the Israeli Army. Ruslan, Kylie’s husband, after a while started working in a spying establishment under the cover of an Australian company belonging to one of the members of the (Israeli) internal security services.”  Ruslan, through his manager, introduced Kylie to one of the officers in Mossad by the name of Zoohar. He (Ruslan) sends an email to Kylie and mentions that she will meet with this security officer and discuss issues related to the Middle East.”

This rather inauthentic-sounding account might have suited Drill and the Murdoch tabloid in making their case that Iran was resentful of having to give KMG up and getting back at Australia and Israel with a propaganda smear campaign, but for one thing – the story is mostly true, according to Moore-Gilbert’s supporters!

Piecing together information from both Israeli and Iranian sources, a picture emerges of Dr Moore-Gilbert’s CV, interests and allegiances that is entirely at odds with the one presented by Australian officials and media. As the Melbourne Age describes it, she graduated with first class honours from Cambridge in 2013 (jn Asian and Middle Eastern Studies) and obtained a PhD from Melbourne Uni in 2017, where she is a lecturer and expert in Islamic Studies. This blinkered and one-sided viewpoint is echoed on KMG’s Wikipedia page, which does however include some other important details and references.

Most notably, Wikipedia reports that Moore-Gilbert’s course at Wolfson College in Cambridge “included a year in Israel learning Hebrew”. The reference given for this is to the 2011 prospectus for a month-long course at the Tikvah institute, held near the Occupied West Bank settlement of Alon. Next to Kylie’s photo in this document is an introduction for other students:

“Kylie is an Australian studying in Britain at Cambridge. She is going into her third year of Asian and M/E studies. Kylie has been learning Hebrew for two years and is very interested in Israel, having visited several times. She will be spending the coming academic year in Israel as a requirement of her course, and is looking forward to living on a Kibbutz for five months and improving her Hebrew.”

While the determinedly Zionist nature of the program is evident from this brochure, the description of the course in the Plus61JMedia article makes it quite clear:

“The goal of the program was to bring university-age students to Israel, and teach them about Judaism, Israel and Zionism from the standpoint of a “Jewish understanding” rather than the academic language of “liberal society” of campuses in the US and UK, according to Ran Baratz, a faculty member at the Shalem College in Jerusalem and a former communications advisor to Prime Minister Benjamin Netanyahu.

For a budding Australian Middle Eastern studies scholar like Kylie Moore-Gilbert, the sojourn was an opportunity for a deep dive into the foundations of the state of Israel. But the trip also spawned a romance with Russian emigre and future husband, Ruslan Hodorov, which was used by the Iranians to charge her with serving as a spy for the Israeli Mossad and detain her for two years.”

“The program was one of multiple educational initiatives of the Tikvah Fund, chaired by American Jewish financier Roger Hertog, a Zionist foundation which seeks to support conservative libertarian intellectual thought both in the US and Israel.  That said, some participants didn’t remember the course of study as politically loaded.”

Plus61Jmedia observes that – “during her imprisonment and since her release, Moore-Gilbert’s friends and family have deliberately kept quiet about her strong Jewish and Israel ties in order to shield her from Iran.” As the article also notes, her husband Ruslan would be amongst these as he is studying at Monash in Melbourne, following the couple’s marriage at Mount Baw Baw in 2017, which also raises the possibility of his being granted Australian citizenship.

Whichever way you spin this story, it’s not possible to forgive Dr Moore-Gilbert and her supporters – including Australia’s Government ministers and Intelligence agencies – for the lies they have told to cover for her gross deception of Iranian authorities – whether they believed the story or not. What those authorities believe is reflected in this article from the Fars news agency, contending that Kylie Moore-Gilbert was recruited by Israel’s intelligence agencies before being sent to study at Cambridge, with the year-long stint in Israel including much more than learning Hebrew on a Kibbutz. Also in question and in focus are Moore-Gilbert’s dealings with former Bahraini MP Jasim Husain, who appears to have been a mentor for her, as well as an Arabic and Farsi teacher.

But it is the lies that the Australian Government has told to the credulous Australian public which are of most concern. For over two years the Government has maintained this deception on behalf of Israel, while allowing and facilitating a stream of anti-Iranian propaganda in Australian media. This propaganda includes the false portrayal of Lebanon’s leading political force and Syrian ally Hezbollah as a “terrorist” organisation, and false stories about Iran’s support for Yemen’s government in Sana’a, as it fights a multi-pronged attack by the Saudis and Emiratis aided directly by NATO powers and Israel. It includes the barrage of disinformation about the Oil Tanker attacks in the Persian Gulf, supporting Australia’s totally unjustified military deployment there last year.

It also includes the false presentation of Iranian public support for violent anti-Government protests, so-called human rights abuses and the persistent misrepresentation of Iran’s nuclear program. This covers for Israel’s illegal and unmonitored nuclear weapons arsenal as well as Israel’s constant military actions in Syria and Iraq which would otherwise be unconditionally condemned as war crimes.

Added to all this there is the deception that has been knowingly perpetrated against both students and lecturers in academia, where the covert presence of Zionist assets in centres of Islamic studies may be seen to echo the apparent infiltration of the MEK into Iranian agencies, symbolised by the recent daylight murder of Mohsen Fakhrizadeh. If Iran were to exercise the level of suspicion displayed against foreign “influence” in Australia, the consulate in Tehran would likely have been closed down already.

If we really want the tensions and conflict in the Middle East to ease, at this point where a change in US leadership may offer that possibility, then the lying for Israel needs to stop. Telling the truth to Australians would be a good place to start.

David MacIlwain lives in Australia, but grew up and graduated in the UK. 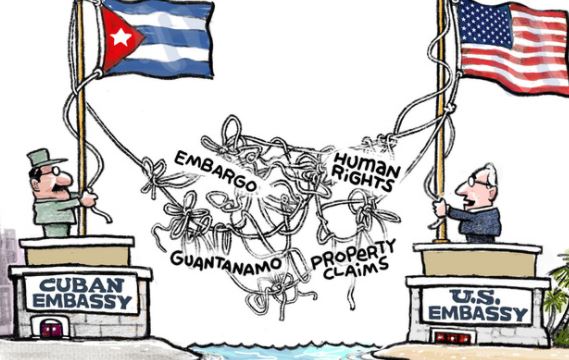 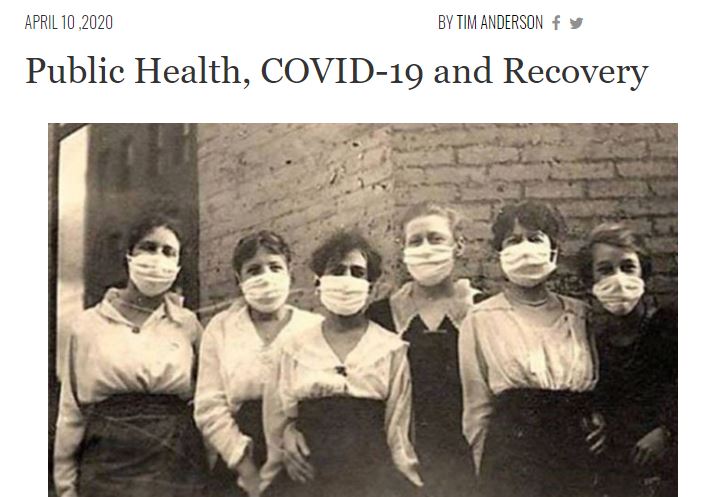 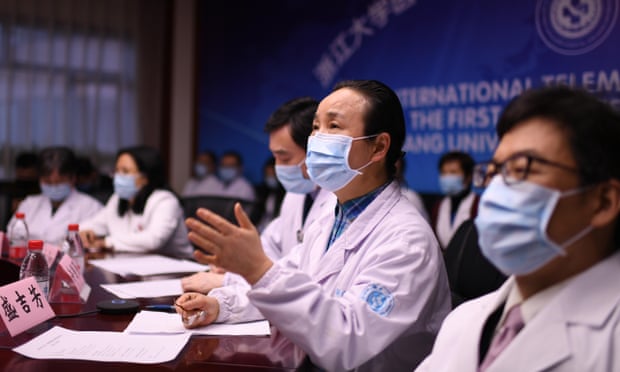