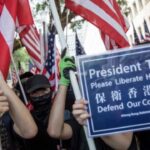 Laura was born in Milan and has been living in Hong Kong since 1997. This article was first published here: https://italian4hk.medium.com/revolution-games-of-our-time-from-the-screen-to-the-streets-and-back-2c9b656c9751

“Outside a Hong Kong subway station, dozens are gathered around a projector screen, transfixed. They watch footage of riot police advancing towards protesters. After 16 weeks of protests, many in the audience know this type of scene well.”(i)

In September 2019 pro-democracy activists started to organize screenings of Winter on Fire, a 2015 Netflix docudrama about Ukraine’s anti-government protests, at street corners, parks and other public spaces across Hong Kong. At some of these evening assemblies the audience also had the opportunity to interact with Ukrainian ultra-nationalists who had come to the city in a show of solidarity. Their expertise in street combat instantly earned them a celebrity status.

While some young leaders of the Hong Kong rebellion learned the basics of insurrectionary activity at the Oslo Freedom Forum, CANVAS seminars and other NED-funded events, rank and file protesters strengthened their resolve to battle the police by watching Ukrainian rioters turn Kiev into a war zone and achieve the kind of regime change Washington had been funding for several years.

Winter on Fire is such an effective promo for colour revolutions that it’s no surprise it was also shown around Venezuela in 2017 during the attempted coup against President Maduro. In Caracas as in Hong Kong viewers were invited to draw parallels between the Euromaidan movement and their own ‘struggle for democracy’.

As a matter of fact, the US organizations that funded and orchestrated the colour revolution in Ukraine actively sold its ‘success’ to global audiences by enlisting PR agencies and news outlets. Tasked with whitewashing the crimes committed by insurgents and redacting their most unsavoury ideological positions, this marketing campaign produced an engaging narrative that was amplified by countless celebratory articles and sleek productions such as Winter on Fire.

The selective and mythologyzing character of this narrative ensured that its recipients would know nothing about the devastating consequences of regime change in Ukraine. The bloody war, economic collapse, mass exodus, demographic decline, unemployment, censorship, corruption, plunder of natural resources that followed regime change were conveniently passed under silence. After all, propaganda relies on the distortion of truth and emotional engagement rather than logical arguments.

The civil unrest in Kiev was framed in a way that would encourage its translatability into a different context and maximize its mass appeal. The narrative relied on cultural references that were deemed important to young people and could shape positive associations. From the beginningWestern media outlets pointed out parallels between those public protests and the hugely popular book and film trilogy The Hunger Games, to the extent that they were described as “Ukraine-ger Games.” (ii)

Successful marketing often includes the recruitment of celebrity testimonials, and the marketing of this colour revolution was no exception. The Ukrainian pop star Ruslana Lyzhychko, conspicuously on display every night at the protests in Kiev’s center square, was compared by Newsweek to Katniss from The Hunger Games: with long dark-brown hair trailing down her back and a vague resemblance to the actress playing the fictional character, she was perfectly cast in the role of revolutionary icon. (iii)

Then, in a process that can be conceptualized in terms of mutually reinforcing spirals akin to positive feedback loops, protesters themselves started to make direct references to the trilogy in their agit prop material: “Ukraine is the 13th District in the Center of Europe. I appeal to you: Rise up!!! Demand sanctions for Ukraine right now!”

Thanks to this rethorical expedient they created a liminal space where the distance between the fictional 13th district — a dystopian, post-apocalyptic site of rebellion — and Ukraine was erased: by taking part in the uprising, one was magically endowed with heroic qualities and could turn one’s life into an epic. Sympathetic media duly celebrated Ukraine’s hooligans for ‘democracy’ as epic heroes, airbrushing their Nazi insignia, toxic ideology and violence.

The Hunger Games trilogy supplied a repertoire of expressions, gestures, behaviours to those who took part in these carefully coreographed colour revolutions. Thai protesters adopted the three-finger salute popularized by its heroine Katniss Everdeen, in Hong Kong they screamed and spray-painted “laam chau”, the Cantonese equivalent of the script line “If we burn, you burn with us”, and even used arrow bows, Katniss’ trademark weapon. Fire plays an important role both in The Hunger Games — the protagonist is referred to as “the girl on fire” — and in the quasi-fictional space of revolt. In Ukraine the protesters celebrated by Winter on Fire erected huge bonfires in Maidan Square, torched buildings and vehicles; in Hong Kong they threw hundreds of fire bombs, set alight stores, stations, trains and even a man.

The agiographic coverage of these riots by mainstream media followed the same binary opposition underpinning The Hunger Games plot: good vs evil, the oppressed vs a brutal totalitarian regime, David vs Goliath.

Young protesters were described by foreign correspondents as “channelling their inner Katniss Everdeen”, photojournalists, rather than documenting what was happening in front of their eyes, staged, framed and digitally edited their photographic and video images with the addition of dramatic light effects to foster the viewers’ emotional identification with the rebels to the extent that one could no longer tell whether these aestheticized pictures were taken on a blockbuster movie set or at a street protest.

Such spectacularization of protests should raise ethical questions about contemporary photojournalism but this is unlikely to happen when those who commmission and reward this work have been enlisted in the glorification of colour revolutions.

The spectacle of revolt, amplified by the media, is even more performative and useful than the revolt itself and that’s why colour revolutions are carefully scripted, directed and coreographed. Genuine, grassroot protest movements fighting for social change and economic justice never achieve the mediatic visibility and promotion accorded to the artificial, engineered ones that perversely parrot the rhetoric of revolutionary movements while actually laying the groundwork for the formation of puppet governments that do the bidding of foreign interests.

Let’s now go back to our opening scene where Hong Kong activists staging a colour revolution and their sympathizers are gathered to watch a Netflix docudrama endorsing a colour revolution in Ukraine that drew heavily on the iconography of The Hunger Games, a film these activists were already familiar with. What we are looking at is a classic mise en abyme, something akin to the visual experience of standing between two mirrors and seeing as a result an infinite reproduction of one’s image.

In this narcissistic experience the Self of Hong Kong activists is confirmed, but under the species of the Other: the mirror image is here a perfect symbol of alienation. When Hong Kong protesters proudly claim ‘We are not Chinese’ we see another confirmation of alienation, this time from their racial identity. And when Joshua Wong, the poster boy of this derivative “Revolution of Our times’, declared “being famous is part of my job” in the modestly titled Netflix production Joshua:Teenager vs Superpower we should pay attention to his words because they reveal not only an inflated sense of self importance, usually a telling tale of a narcissistic character type, but also a peculiar type of political subjectivity that feeds on fame.

Availing himself of ghost writers for his books, featuring in US-funded docudramas, appearing on the cover of foreign magazines, taking cues from prompters, shaking hands with US congressmen, spouting scripted slogans, it’s hardly any surprise that even this vaguely robotic highschool dropout could reach international fame. By doing so unwittingly he revealed that the make-believe politics he is involved in have a lot in common with show business.

Joshua Wong was picked and groomed for the role of ‘symbol of protest’ not despite but because of his awkwardness. This skinny, chunky glasses-wearing nerd looks like a stereotypical victim of school bullying. If Joshua Wong is cast as a Victim Hero, it follows that the Superpower he is up against in this asymmetrical fight must be a bully. Here we have all the elements of a conventional underdog story where the hero sets out to destroy an evil of some kind, generally larger or greater than himself.

It’s no coincidence that Joshua, the Bible reader who loves superheroes makes frequent reference to David and Goliath and Star Wars: they follow the same basic plot, as do The Hunger Games and Winter on Fire. Unlike some of his more articulate friends, who after a stint as protest leaders were extracted from Hong Kong and are now being trained in US and UK universities for a professional career as China-bashers, Joshua istypecast as a victim: he must endure anything that would reinforce the fiction that he is being persecuted by a tyrannical regime simply for his opinions. But of course, never let the facts get in the way of a good story: when he was arrested and received a sentence proportionate to the gravity of his offences, foreign media would just gloss over this inconvenient truth.

When those of us who were verbally and physically attacked by these champions of democracy watched the coverage of riots by mainstream, Western media, we experienced a distinct sensation of unreality. Such was the disconnection between our direct experience of what was happening in the streets of our city and its representation.

The selected images which were broadcast worldwide and shared on US-owned social media platforms were often provided by the protesters themselves, who had been trained on camera handling, interviewing and post-production techniques including video and sound editing, voice-over, scriptwriting, graphics and animation design. As to the majority of Western reporters and photojournalists, they were embedded with the protesters and lacked even a modicum of impartiality. This subjective and biased narrative provoked the desired response — public condemnation and sanctions — and became frozen into the accepted story of Hong Kong protests.

The power to create a crisis merged with the power to control the production and circulation of narratives about that crisis and translated into the power to direct and coordinate the response. Fiction ignited the imagination, framed the story and became enmeshed in the ensuing social reality in a way that is not dissimilar from what had happened during those screenings of a Netflix docudrama outside an underground station that would be torched a few days later.

As Jean Baudrillard noted over three decades ago, in the age of hyperreality the image/ simulation dominates and reality is replaced by false images to such an extent that one can no longer distinguish between the real and the unreal.

ii. “We’ve started to notice parallels between Ukraine’s status quo and that of another world…a fictional one, but popular enough to maybe help tween girls and boys (as well as adult fans) understand Eurasian geopolitics. How Ukraine Is Like “The Hunger Games” — Vocativ . Vocativ is an American media and technology company with offices in New York and Tel Aviv. 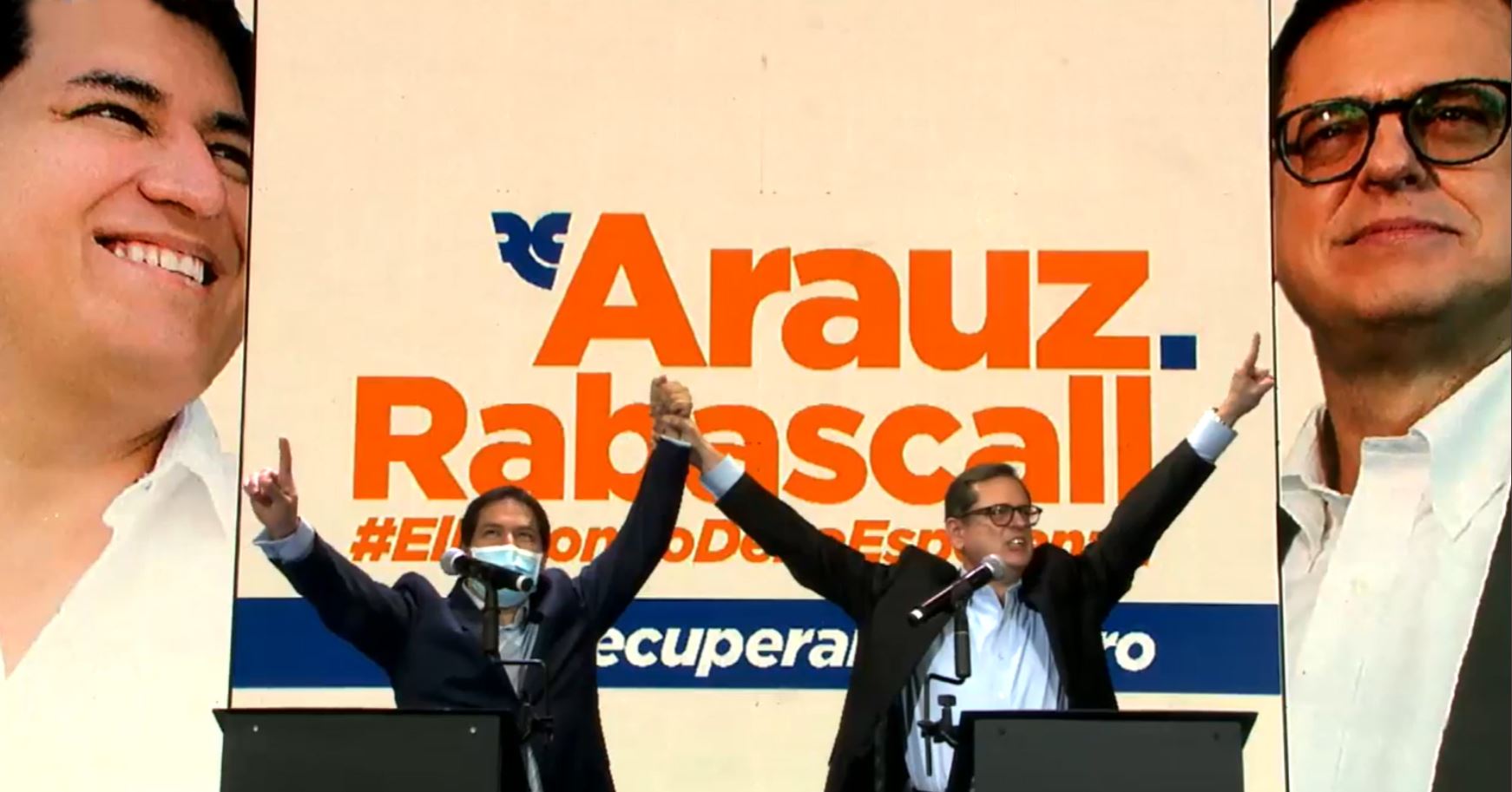 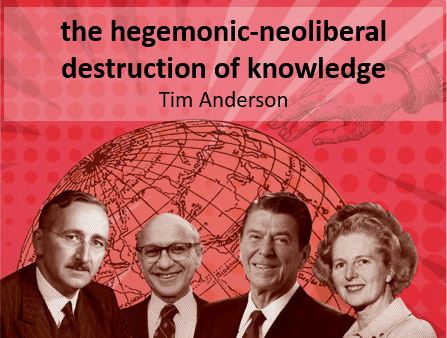 Truth or Choice? the hegemonic-neoliberal destruction of knowledge, by Tim Anderson