Lebanese Army official: “the current command is giving the Americans many prerogatives” 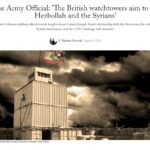 Editor’s note: We have elected to publish an interview with an anonymous senior Lebanese army official, an extremely unconventional journalism practice. This is because serving officials are rarely permitted to give honest, on-the-record interviews that address sensitive issues. Lebanon’s current turmoil cannot endure the lack of transparency. Rather than wait for current officials to leave their posts before speaking candidly, we opted to take this unconventional route. We will do more such interviews in the future, but only with journalists whose integrity and professionalism we trust. An editor from The Cradle will seek to be present during most of these source meetings.

I have never interviewed a senior officer in the Lebanese Armed Forces (LAF) without revealing his identity. Then again, never before has an officer in the military establishment consented to giving a statement concerning the army without the prior approval of the Army Command. This exception is due to my guarantee that the officer’s name will remain anonymous no matter what, especially since the LAF, which enjoys exceptionally unanimous support of all segments of Lebanese society, is experiencing unprecedented circumstances.

In light of Lebanon’s stifling economic crisis and growing military desertions, LAF Commander General Joseph Aoun’s name has often been bandied around as a potential savior who could step in – or overturn a failed government – and lead the republic. There are, however, many questions surrounding the man. We begin our Q&A interview with the senior LAF officer, addressing these very questions:

Q: Why is the current Army Commander on such good terms with the Americans?

A: There are many factors contributing to the close relationship between the Army Command and the Americans, taking into consideration the well-known fact that the position of Army Commander is a red line for the Americans. If we disregard the main factor that the previous commander is from Chouf, while the current commander is from occupied Ayshiyye, a quick glance at previous and current command is sure to give a clearer view: Two officers stood out in the office of former Commander General Jean Kahwaji – Brigadier Kamil Daher, former Army Intelligence Director, and Brigadier Muhammad al-Husseini, director of the commander’s office. Brigadier Daher was closer to the Syrians, having conducted most of his military courses in Syria. Brigadier al-Husseini, on the other hand, was closer to the Hezbollah-Amal duo. As for the current command’s pillars, aside from General Joseph Aoun, are two figures – Brigadier Wasim al-Halabi, director of the commander’s office, and Brigadier Imad Khreish, who underwent most of his military training in the US and hails from Ain Ibil.

While there was a direct relationship with the representatives of Hezbollah and Amal during Kahwaji’s command, this is not the case with Aoun, under the pretext of preventing any political interventions. The implicit objective of this pretext is to curb the Shia duo’s influence in the army. This is an American demand.

But that is not all. The current command is giving the Americans many prerogatives. It expanded the Hamat runway, allowed American aircraft to land in Rayak Air Base, and granted off-limits, private quarters to the Americans in the Ghosta Barracks. Another factor in the current commander’s favor is that he has not been implicated in financial corruption yet, unlike the previous command.

Q: Why do you think the Americans are moving their military forces from Qatar to Jordan?

A: There is no importance for their presence in Qatar any longer. They have their Sixth Fleet in Bahrain and their military bases in Kuwait, Saudi Arabia, and Iraq, from which they are looking to withdraw. It is obvious that they are evacuating from the central region to relocate to Jordan to be closer to Syria, especially since the Russians have an airbase in Hmeimim.

Q: Why are the Americans directly giving $120 million to Commander Aoun?

A: The direct cash payment is related to supporting the army due to the difficult economic circumstances in the country. It is said that until the time of this interview, there is two months of financial aid, in dollars, available for army soldiers and officers, but there is talk about trying to increase (the amount). It is clear that the Americans don’t want to repeat the experiment in Iraq since chaos would inevitably mean Hezbollah’s control of the country.

Q: Why would Lebanon offer its territory and sovereignty for the British watchtowers, and why are these towers still up when the presence of ISIS is a thing of the past?

A: The overt reason was to keep an eye on ISIS movements, but the goal was not only to rein in the terrorists. The goal was clearly to achieve full control of the north-eastern border with the aim of establishing authority over all the borders with Syria. Both the Americans and the English are aware that Hezbollah brings its weapons into the country by land. Thus, the aim of the towers today is to monitor the movements of Hezbollah and the Syrians. Also, there is the Model Regiment project in the south, whose equipment and funding have been approved since the Rome Conference. The officer chosen to command this regiment is Karam Hudayfa, who caused an altercation with Hezbollah in the heights of Barouk over the resistance’s communications network. This officer has Australian citizenship and his wife works in the Australian Embassy.

Q: How is the coordination between Hezbollah and the LAF today?

It is very lukewarm these days. Throughout my army service for more than 20 years, this is perhaps the coldest phase between Hezbollah and the army.

Q: How is the Army Command handling the military desertions that are taking place due to the economic crisis? Does it have a plan for surmounting the crisis?

A: No concrete action has been taken on the ground to address the root cause of the problem, but the army is carrying out its usual policy of dealing with deserting soldiers. A deserter has his name circulated and faces martial court. The latest procedure adopted a week ago is to refuse furloughs and work leaves abroad entirely.

Q: Do you think Joseph Aoun’s presidential ambitions are behind his establishment of such international relations? How does this affect Lebanon’s military institution?

A: This always happens. Since 1998, every Lebanese army commander has aspired to attain the presidency through his post. An apt description would be that they pretend that they don’t want the presidency when they actually do, although it comes at the expense of the military institution. The presidential ambitions of every army commander cause him to make shady deals at the institution’s expense in order to serve his own interests, which he considers of paramount importance.

Q: Could the support that the army receives from the US – the creator and official sponsor of Israel – and its current cozy relationship with America affect the LAF’s combat doctrine against the Israeli enemy?

A: The Orders of the Day no longer mention the resistance. Go back to the Orders of the Day that were issued on Resistance and Liberation Day: If you compare the terms used by General Jean Kahwaji and General Joseph Aoun, you will see a marked difference. There is an ambiguous phrase that is repeated about confronting the Israeli enemy and preventing the threat of terrorism. However, what form would this confrontation take? No one knows, as it is currently limited to recording Israeli violations. Does it make sense to have a confrontation only through recording violations?!

Q: Do you think there could be a confrontation between the Army and Hezbollah in the future?

A: I don’t think so at all. Like you said, America is the creator of Israel, and it might strongly want that to protect its precious Israel, but both the army and the Americans know that such a confrontation would lead to army defections. Besides, the balance of power is vastly in favor of the resistance, which prevents such a scenario. No one wants such a confrontation.

Q: What is the status of the demarcation of the border between Israel and Lebanon? How did the Army engage in this issue?

There is a disagreement today between the teams of Commander Joseph Aoun and President Michel Aoun regarding the demarcation. The army has no experience negotiating such issues. The President is torn between admiring and trusting Joseph Aoun (or at least when the latter was first appointed) and his own role in securing the interests of both the state and his political party. Michel Aoun had given his instructions to the army based on the information given to him by the army and by one of his consultants, Tony Haddad, before realizing this will only lead to dead end.

Tony Haddad, who has American citizenship in addition to his Lebanese identity, gave Michel Aoun and Joseph Aoun the idea of modifying the border at the United Nations on the grounds that the Israeli side would stop its (oil and gas) exploration once the area becomes disputed territory. In reality, this will not and cannot happen because the Israelis could emulate the Lebanese move. Michel Aoun realized that Tony Haddad’s plan would not serve the interests of the state and consequently abandoned it.

In addition, when the army proposed expanding the border, it did not say that it will consider the new border as the subject for negotiations. In other words, it was as though the army was announcing that the demarcation had no basis in reality and that it was only done for the sake of the negotiations. As long as this expansion is not reflected in reality, the army will not be obligated to defend the border should the Israeli side continue its exploration. This is where the disagreement about the demarcation between the president and the commander of the army arose. What remains unclear is the reason why the commander of the army, who has strong ties to the Americans, has decided to behave in a way that does not satisfy the Americans. . The disagreement was concealed , taking into consideration that it first erupted on the heels of the army’s position in dealing with the popular demonstrations that began two years ago on October 17. Back then, the president did not approve of the army’s behavior. 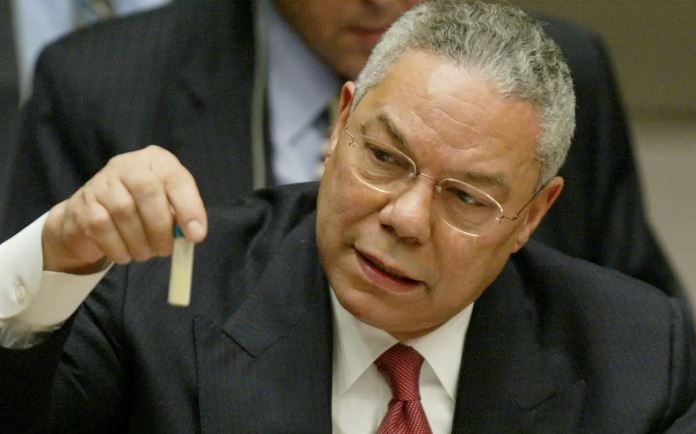 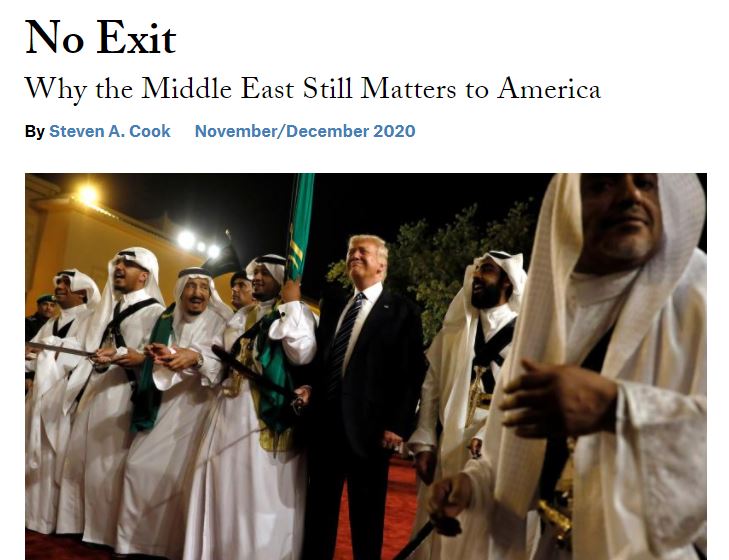 Imperial logic: why the US cannot escape its ‘New Middle East’ wars, by Steven A. Cook 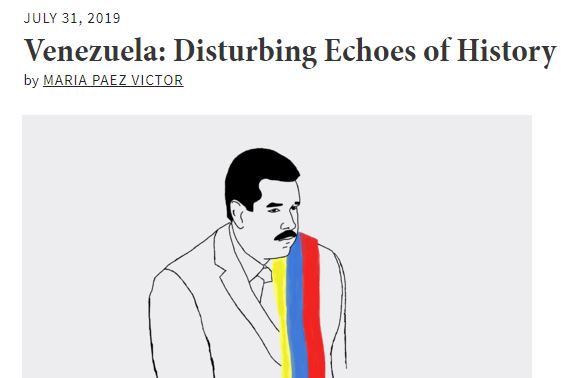